Relax. Have a Brew

Relax any way you want
Watch sports on one of our giant tv's, warm up by the fireplace or outdoor fire pit, sit at the sequoia wood bar, or enjoy time with family and friends at one of our large tables

Meet the Owner
A formally-trained Chef, Jason has cooked and owned restaurants for the past 25 years. As an avid home brewer and a lover of Bière Cuisine, Jason's lifelong dream has been to create a Beer Bar and Restaurant that will feel like home to all who love beer.
Learn More 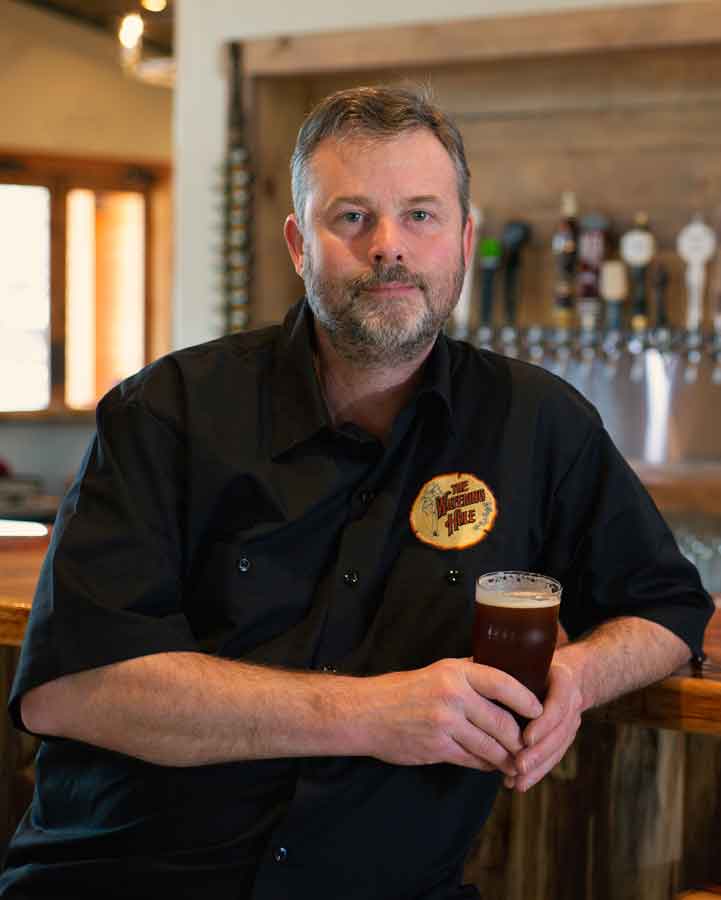 Enjoy a curated list of the world's finest beers, ciders, and meads, from the most esoteric and hard to find to some everyone will know
Learn More

Please contact us directly with any comments, criticisms, or suggestions. We value your input and will respond to you as soon as we can. 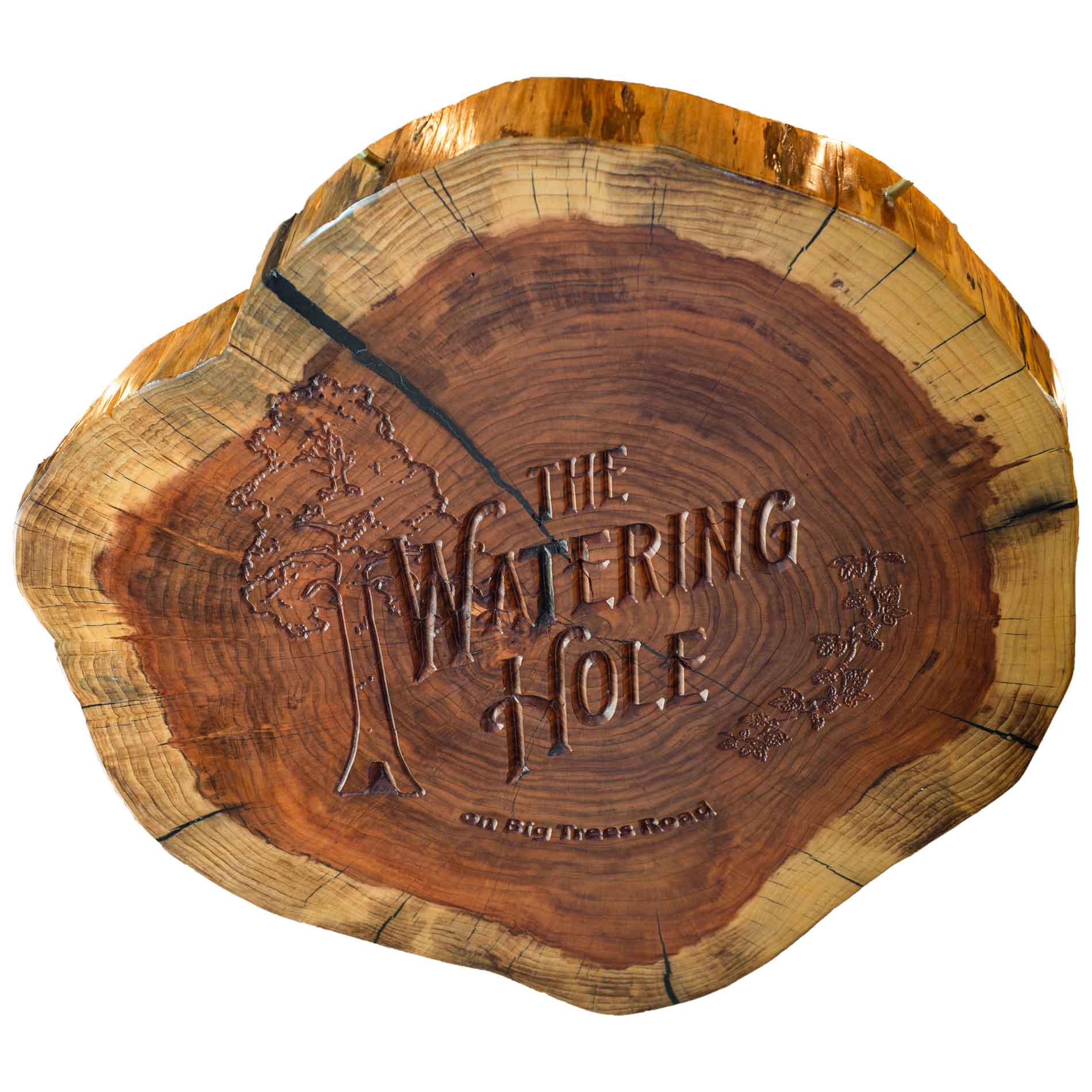 This project began on a Summer afternoon in 2014, when I was teaching my two boys how to ride their bikes in the church parking lot in Murphys across from The Car Doctor. I had owned my previous restaurant, Alchemy, for seven years at that point and was starting to think about what my next project would be. I knew it would involve beer to a large extent, but the concept was still a bit nebulous. I noticed the new buildings that had recently been erected on Bret Harte Drive and were being occupied by Newsome Harlow and Lila and Sage. I thought that a beer bar in that area of town, away from the traffic of Main Street but close enough to walk to from most lodging and houses, would be ideal. I walked across the street from the church and knocked on the door of Gold Electric. I knew that Jim Heryford, the Owner of Gold Electric, also owned those new buildings, and I pitched the idea of a new beer bar to him. I knew Jim as a good customer of Alchemy and a beer fan. He had been thinking about developing more of his land around Gold Electric, and we discussed possibly using the Gold Electric storage yard. I wrote up a business plan for Jim, and we sat on the idea for a while. It turned out that the Gold Electric storage yard wasn't going to work for various technical reasons, so we started casting our gazes around town. We inquired about quite a few properties for the next couple years that would have fit our parameters of not being on Main St., having ample parking, and being within easy walking distance of most of the Murphys population. Finally, Jim was able to have our current location at 223 Big Trees Road, the former site of a lumber yard, feed store, and most recently, window shop sectioned off of the larger property that extends from the former Lucky Penny all the way to the stoplight, across the street from the post office. Jim purchased this plot in August 2016, I believe. The next stage was for me to sell Alchemy, which I felt ready to do, and that sale was finalized in January 2018. We spent the first few months of 2018 brainstorming and revising architectural plans with Michelle Plotnik. It took most of 2018 to perfect the plans, have them approved by the county, and give the tenants of the old building time to move. In early 2019 the old lumber yard building was demolished except for three walls. A new foundation was poured, and as of September 2019, we have exterior and interior walls done, with painting, floors, and fixtures to come soon. I hope to open The Watering Hole on Big Trees Road by the end of 2019.

For much of my professional life, I dreamed of owning a brewery. I have homebrewed since 2003, and the production, appreciation of, and culture around beer is one of my main passions, along with good food. During my ten years at Alchemy, however, I watched the Northern California beer scene explode, and I discovered that there is no longer any shortage of world-class beer available all the time. It would be hard for me to make better beer than I can purchase from any number of American breweries. Also, I became aware of how difficult it is in our neck of the woods to find talented, motivated staff, and I felt that it would be very difficult to run a two-pronged business where I would need to hire and maintain both a talented kitchen staff and Brewer. So by the time I conceptualized The Watering Hole, I knew that I wanted to have a taproom, not a brewery. The day to day challenge of running Alchemy was burning me out a bit, so I thought maybe I could have a smaller place and enlist the help of local food trucks to provide the main food service of The Watering Hole. However, when Jim purchased our current location, it became obvious that this was going to be a beer bar on a grand scale, and in house food service would be necessary and exciting. So now we have a full restaurant kitchen, and the plan is to offer a Chef-driven (the Chef being me) menu that changes frequently. The menu will not be static or printed on paper. Instead, above the bar will be several digital displays for both the draft beer menu and the food. I want to utilize as many local products as I can, and since the best stuff grown and raised locally often is only available in smaller amounts, this menu format will allow me to use smaller batches of products and change the offerings daily or weekly. Inspired by some of my favorite beer bars and breweries in Sacramento and San Francisco, all food and drinks will be ordered directly from the bar. You will receive your drinks when you order, and we will announce that your food is ready to pick up from the bar over the PA system. This style of service will allow us to use fewer staff members and keep prices reasonable. In addition, all food will be served on compostable tableware. Separating recyclables from food waste and trash in a restaurant situation is next to impossible, so by utilizing some amazing new packaging made from compostable material such as cornstarch and bamboo, we can be comfortable that we are doing something less damaging to the environment than using traditional disposable tableware.

The food menu at The Watering Hole can be put into a soundbite as "Chef-Driven Modern American Pub Food." To see what this really means, you will have to come in and check it out for yourselves. But expect flavor-packed food, a healthy vegetarian component, heavy use of locally-sourced ingredients, and the return of some of the best items you have seen from me in the past. It has now been 25 years since my student days at The California Culinary Academy in San Francisco, working as an Executive Chef for almost that whole time. Even without the beer, The Watering Hole can stand alone as a great restaurant, utilizing the best I have offered during those 25 years. As far as beer, we put as much space and effort into the design of the bar and beer service as possible. We will offer 40 rotating taps and eight retail doors of bottled beer, with emphasis on hard to find beers, Belgian styles, and the best of American craft beer. However, if you are looking for a simple, easy-going pint of beer, we will have that too. At least two beers will be available as very affordable pitchers.

We have taken great pains to include some really cool design elements that should make The Watering Hole a comfortable and interesting place to hang out and maybe even call your "second home." Many local craftsmen are contributing their talents to showcase amazing woodwork and metalwork. I won't tell you everything but expect a fireplace, creek side patio with a fire pit, and a temperature-controlled Beer Cellar room for proper aging of certain beers and small private functions. Since the address is on Big Trees Road, the historic route from Murphys to Calaveras Big Trees State Park, the theme of the Giant Sequoia tree is used heavily at The Watering Hole, from the logo to the artwork to the very bar itself, constructed of Giant Sequoias that grew on the campus of the University of the Pacific in Stockton.